We were able to speak to TV actor Dwen Gyimah to talk about his plans for the future, including his recent Stop Knife Crime activities that he has been announcing on his social media page.

Dwen has stated:
“In the future, all in the name of stopping knife crime, we plan to go to multiple schools both primary & secondary to talk about not just knife crime but staying out of trouble & dangers as a whole, I believe I should use my career to help make the world a better place, and this Stop Knife Crime Project is an example”

Dwen stated
“I have been in the position a lot of times where I read a newspaper article or watch the news to see someone I know has been killed in a knife incident. I myself have seen that you do not need to be in a gang or even a violent person to be attacked and that alone is another worry”

In 2019 it is only June and there have already been a total of 100 Knife Attacks already. Some believe that it is the use of rap music/grime that encourages young people to participate in these attacks. 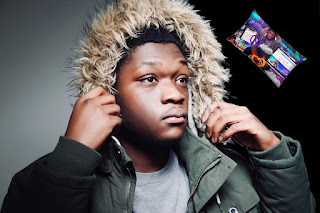 February 05, 2019
Disney’s Power Rangers prop maker spills the tea
“I was aware of the comments about Disney not caring....”


Alan Walker who worked on some props and even toy prototypes for the Disney seasons says “I was aware that the budget was getting smaller at one point, but I can not say wether Disney cared or not since I was never really directly contracted by Disney, just the workers on the show” was Alan’s reply when asked if Disney DID or DIDNT care about the franchisee.
Apparantly the solar morphers were originally meant to have the ear piece at the very back of the morphers, hence why the toy versions had it.

According to Alan: The Solar Morphers were just normal cheap sunglasses bought from a shop that the prop department used as a base to turn them into the coolest morphers in ranger history.
Post a comment
Full »